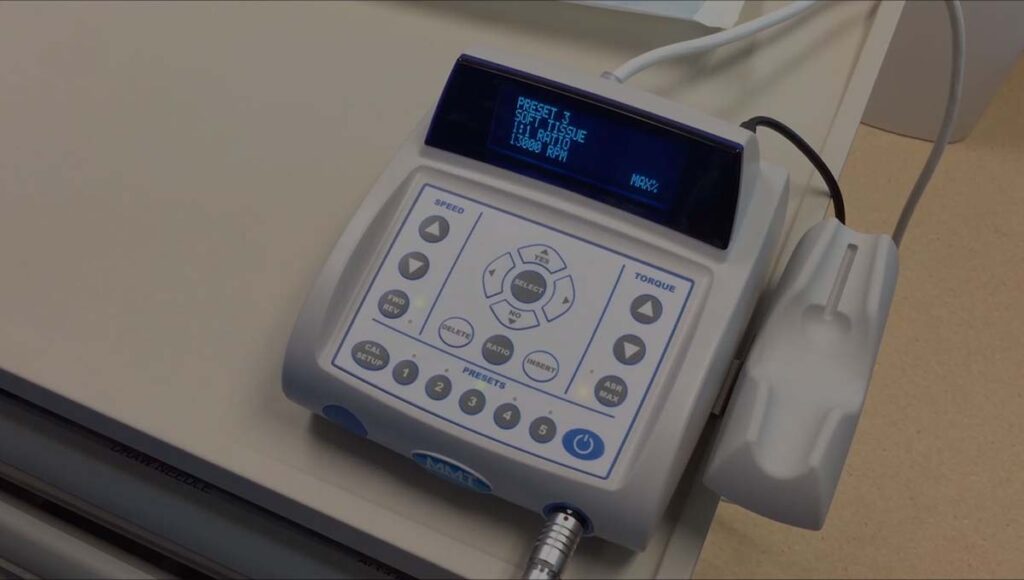 Overview
Liposuction, as the name suggests, is the removal of fat (lipo-), or adipose tissue, under the presence of negative pressure (suction). There are many factors to consider when it comes to liposuction. What volume of fat removal is targeted? What kind of cannulas are used to harvest the fat? How is the suction created? Is liposuction performed manually or assisted by power? We will cover all these questions in this article.

The tumescent technique, developed by Dr. Jeffrey Klein, is the mostly widely practiced form of liposuction to date. The word tumescent comes from the Latin root “tumere”, which means “to swell”. In short, this method involves the infusion of a solution comprised of up to 1000 mg (0.1%) lidocaine and 1.0 mg (0.001%) epinephrine, also called adrenaline, dissolved in 1L of saline or lactated ringers, to numb and vasoconstrict the blood vessels in the treatment area, respectively, to minimize patient discomfort as well as blood loss. Often, 10 mEq of sodium bicarbonate is added to balance the pH of the solution. You can read more about the tumescent solution formula here.

Tumescent solution is infused via an infusion cannula. After numbing the surface of the skin, the surgeon may make a stab incision with a #11 scalpel blade to create a point of entry for the cannula. The tumescent fluid may be infused with the assistance of infiltration tubing attached to an infiltration pump, or infused manually by syringe. It is important to infuse the tumescent fluid evenly, and, in an area at least 25-50% larger than the target region of harvest so that adipose tissue can be safely harvested with minimal patient discomfort.

The local anesthesia afforded by the tumescent fluid requires approximately 15 min to take effect, starting from when solution is first infused, after which point, the surgeon may begin performing liposuction on the patient. For less invasive procedures, it is perfectly acceptable, and is often the case, for patients to remain awake during the procedure. Prior to performing liposuction, the physician may insert the harvesting, or aspiration cannula, into the patient via the same excision point created previously during the infiltration step, and pass it through the target removal area, without suction, to “pre-tunnel” the adipose tissue, making it easier for removal later.

Once they are ready to begin harvesting adipose tissue, the plastic surgeon will turn on the suction created by an external aspiration pump, such as Medela’s D-Flex Aspiration pump or Cellmyx’s own MD- LS2-20000 high powered aspiration pump, and collect the adipose tissue lipoaspirate into a fat collection cannister. The cannisters may be disposable, or for fat grafting applications, reusable and autoclavable. Various liposuction tubing will also be needed to perform the procedure. Alternatively, suction can be created manually via a disposable VacLok syringe that is provided with each intelliFat TM and intelliFat TM SVT disposable adipose tissue harvesting, processing, and transfer system.

The cannulas used for liposuction is also very important. The goal of conventional liposuction is to remove as much fat as quickly as possible, without regard for the quality or health of the adipose tissue collected, since the collected lipoaspirate, or, the mixture of adipose tissue with tumescent fluid, would be otherwise discarded anyway. However, in a set of procedures that are often considered an extension of liposuction, called Fat Transfer, which has been gaining traction in recent years due to procedures such as the Brazilian Butt Lift, or BBL for short, popularized by the Kardashians, it is important to harvest the adipose tissue clusters carefully, as the health and quality of the collected tissue directly impacts the outcome of the procedure.

It is our philosophy here at Cellmyx that the health of adipose tissue clusters is critical to the success of fat transfer procedures.

For this reason, we’ve designed a special line of cannulas, called the SuperG series, that, unlike conventional cannulas for liposuction, which have sharp edges and larger holes for rapidly collecting large adipose tissue clusters, our cannulas have smoothed, beveled edges, and much smaller apertures on average, that allow doctors to harvest and collect high quality adipose tissue clusters while minimally sacrificing the speed of adipose tissue collection.

However, in this day and age, almost no doctors will perform the procedure without the assistance of power. Cellmyx’s very own AcquiCell TM system is an example of one such Power-Assisted Liposuction (PAL) system that allows doctors to move a cannula through adipose tissue with ease. The vibration generated by the handpiece guides the cannula, whether it’d be infiltration, aspiration, or fat transfer cannula, through adipose tissue by finding the path of least resistance. Meanwhile, the combination of the vibrations and the mechanical movement of the cannula loosens the adipose tissue clusters, which are then readily aspirated through the apertures of the harvesting cannula.

In addition to the vibrational functionality offered by the AcquiCell TM system, another key benefit of Cellmyx’s system compared to other PAL systems is the Auto Stop Reach, or ASR functionality, that automatically turns off the device if the cannula is ever inserted into the wrong tissue layers during a fat transfer procedure. The ASR feature works by sensing the difference in density of the tissue it is moving through, maintaining vibration is the less dense adipose tissue, while shutting off instantaneously if the cannula is ever moved into the denser muscle layers.

Liposuction was first introduced in the 1920s and remained largely unpracticed until the modern version was revived by Dr. Yves-Gerard Illouz in 1982. There have been many pioneers along the way, including Dr. Jeffrey Klein’s development of the tumescent technique that have made liposuction one of the safest, as well as one of the most practiced cosmetic procedures today, averaging nearly 300,000 cases each year, taking either the top, or second spot, in terms of most practiced cosmetic procedure, along with breast augmentation, with minimal complications. Liposuction’s extension, fat transfer, and specifically BBL’s, were for some time, considered one of the more dangerous cosmetic procedures, as adipose tissue injected into the wrong area can make their way into the blood stream, leading to fatal fat embolisms. Proper doctor education, along with our very own AcquiCell TM system, and it’s ASR feature, have helped significantly reduce the risk associated with this procedure – with the number of BBL cases growing by 50% from 2018 to 2020, with more than 40,000 procedures performed in that year alone.

We hope you found this piece on liposuction informative and educational. We at Cellmyx are committed to advancing the art of aesthetic and regenerative injectables. We design, patent, and manufacture proprietary medical products for the harvesting, processing, and deployment of FDA 361 compliant autologous soft tissue. We continue to explore novel concepts to enhance the development of our proprietary product portfolio. To find out more about us, please visit our website at www.cellmyx.com, or, to explore our wide array of offerings that will allow you to perform liposuction and fat transfer, please check out our online shop at www.cellmyx.com/shop.

Your cart is empty.